The event Chromosphere NYE 2016 Rome leads for the first time in Italy the wonderful Signal Dome, inflatable 20 mt high structure that can accommodate more than 200 people, able to be used for inner video projections and, as it is visible also from the external is able to set up a wide surrounding area perfectly suited to the festivities of an important event as the Night’s Eve in the suburbs.

Video projections and spherical mapping, interactive video installations, light and a mixed cast of italian and international artists in the fields of performing arts, theatre and electronic music are the contents designed to celebrate the New Year in Rome from 18.00 to 02.00 in the spaces nearby Terminal Metro Anagnina in an atmosphere of sociability and entertainment open to everyone, from families to the elderly, not to mention the target of the youngest and the audience of tourists passing through Rome for the holidays.

The main objective of the project Chromosphere NYE 2016 Rome is to propose an original, multidisciplinary and international cultural offer, able to actively involve the audience during the New Year celebrations. A event totally for free which aims to intercept different audiences in order to promote the renewal of the spaces involved through digital arts and new technologies in a playful way.

The focus of the event is Signal Dome, a screen inflatable ball of 20 meters highness which hosts the main activities, presented by the Signal Festival Prague.

From 06.00 pm to 08.00 pm, the program is dedicated to children and families, with fun educational activities promoted by the FLxER Team and foresees the creation of real live performance.

From 08.00 pm  to 10.00 pm space to the theatre activity by Ondadurto with I was there by Francesca Fini.

From 10.00 pm  to 2.00, young people and adults will be invited to celebrate the New Year in an entirely new way, thanks to the rich program of spectacular Fulldome Mapping performances of the brazilian collective United VJs on the music of the djs Miss Loony, Fabio Sestili, Martux M and Silvia Trix

Outside the Signal Dome there is space for some of the most interesting interactive installations curated by Fusolab.

During the entire event, there is the live streaming along with inSTREET Capodanno a Laurentina, in collaboration with Ondadurto Teatro. 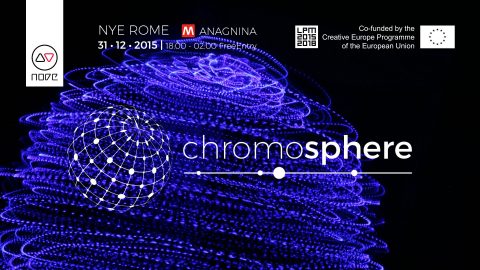