The project is made possible thanks to many collaborations with local, national and international partners, in particular:

The Large Scale Cooperation Project  funded by the European Union Creative Europe “LPM 2015> 2018” that, thanks to the involvement of a network of 13 cultural partners from 12 European countries, helps to give visibility to the event “Chromosphere NYE Rome “at European level and provides organizational support to the realization of the event.

The Small ScaleCooperation Project funded by the Creative Europe Union “Signal Festival” that provides part of the video content.

The New Year event inSTREET – Capodanno 2016 a Laurentina by Ondadurto Teatro which organize streaming audio-video connections to create a bridge between the two locations.

Associazione di Promozione Sociale Fusolab, which will take care of installations and works since many years in the fields of cultural production, training and technological innovation in this particular area of Rome. 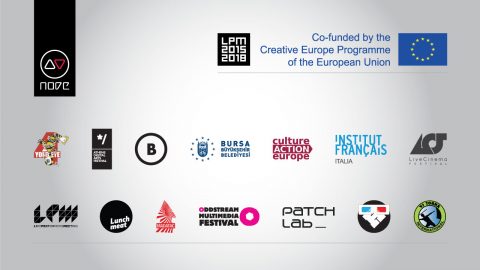